Diaconal study tour to the Kaliningrad region in 2012 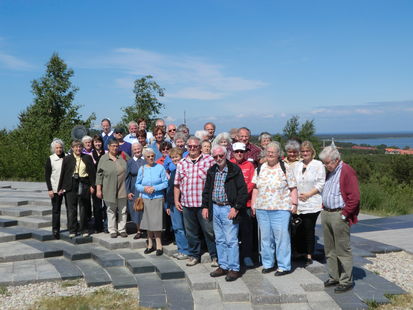 Under the direction of Winfried Gayko, KWV board member and diaconal representative of the Paul Gerhard Stift Berlin, the journey went from Königsberg to Cranz to the Curonian Spit and to Nidden. The tour included visits to the “Jablonka” Center for street children and to the regional hospital, to the former “Diakonissenmutterhaus zur Barmherzigkeit“ in Kaliningrad, the former Königsberg. The participants were also given insights into the outpatient Diakonia of the Protestant Lutheran Provostry of Kaliningrad, which, despite great financial difficulties, operates a TB children's hospital and provides prison ministry by taking care that the contact between mothers in prison and their children is maintained.

The Evangelical Lutheran Church in Russia is in the process of establishing a working diaconal structure and is therefore reinforcing their contacts to Diakonia organizations worldwide. A Russian delegation took part in the meeting of the Kaiserswerther Generalkonferenz in Düsseldorf on the occasion of its 150th anniversary in October 2011. This was the first time a Russian delegation took part in a major international diaconal symposium since the October Revolution of 1917. The Kaiserswerther Generalkonferenz then adopted the promotion of Diakonia in Eastern Europe as a medium-term goal into their own legislative objectives. The diaconal study tour was a first important step.

"On this tour, the participants were able to experience traces of the German past, the Russian present, Protestant life in the diaspora, the development of various diaconal projects, natural wonders such as the shifting dunes on the Curonian Spit and multifaceted encounters with different people," said Winfried Gayko.